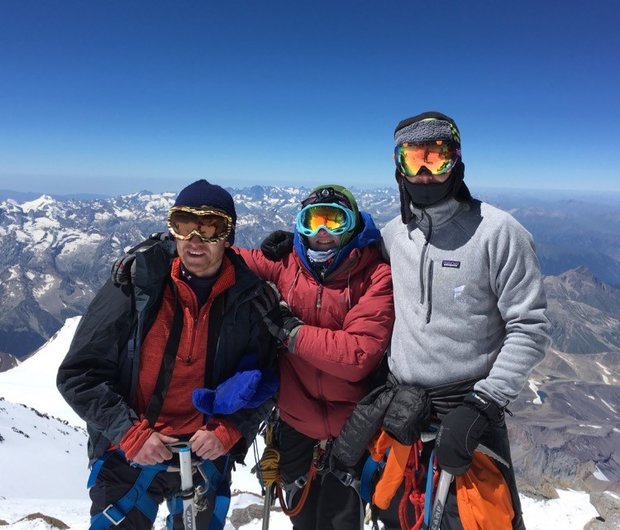 Published by Darren Kilner on August 2017

FairFX recently sponsored staff member Niall Walsh on his expedition to climb Europe’s highest mountain, Mount Elbrus in Russia’s Caucasus mountains. After an arduous 6 day climb he made it to the summit and, as you can see in the image, proudly raised the FairFX flag atop of Europe.

Mount Elbrus is located on the Georgian border of Russia and the region has a distinct culture with influences from both Europe and Asia. The local currency is Russian rubles and Niall made sure he packed his FairFX Prepaid Mastercard®, whilst also bringing some cash along as well:

“I knew parts of the mountainous region would be fairly rural, so I thought keeping a float of travel cash was sensible in case they didn’t take cards. In all the urban areas however I used my FairFX Everywhere card which gave me flexibility which turned out to be handy with connections in Frankfurt [Germany – local currency euro] and Zurich [Switzerland – local currency Swiss francs] on my travels”

The Russian economy is on a bounce back from a period of prolonged stagnation caused by trade embargos after the political fallout from Russia’s annexation of Crimea and a fall in oil prices. The Russian ruble is up 32% against the pound since last February due to this recovery and also the pound's fall. In general prices are comparable to the UK but are region dependent. A meal for two with beer and wine in Pyatigorsk (about 100km from the foot of Elbrus) is about 3,000RUB or about £39. You can expect to pay double this in Moscow where Niall spent a few days after the climb. One thing Niall did find great value was football matches:

“We went to two football matches in Moscow. Lokomotiv Moscow were playing at home the Sunday evening, the ticket cost 700RUB (£9) and Spartak Moscow played at home the Monday evening in their brand-new World Cup stadium, these were slightly more expensive at 2,200RUB (£28) but still much better then the rip off Premier League”

With Russia hosting the 2018 World Cup, an influx of fans is expected in Russia next year. Fears have been high in the lead-up with Russian football suffering from a bad image, Niall however was impressed by the level of policing at both games, with fans behaving impeccably throughout.

The FairFX Everywhere Card works all over, use it for multi-stop trips or in countries that don't accept euros or dollars.

Getting the best European hostel stay

Guest post: Top tips shared by our partner, Interrail Planner. One of the businesses that we...
Read More

ECB to Roll Back Stimulus