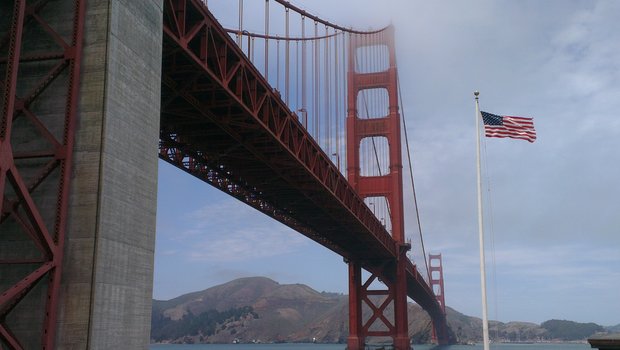 Published by Mariette Ferreira on June 2018

The Californian raceway is situated next to the small coastal city of Monterey, which offers some fantastic beaches (such as Marina State Beach) and seafood restaurants.

One of the popular spots to hang out in the city is Cannery Row (once the centre of a prosperous sardine-packing industry). Here you’ll find gift shops, restaurants and bars, all set up in a trendy fashion filling converted factory buildings.

“The Coast road is fantastic with some awesome beaches, and you've got to try the 'Clam Chowder' or the crab ? on the pier at Monterey.”
Andrew ‘Berzo’ Berzins, Tyre Technician, Pata Yamaha Official WorldSBK Team

Monterey Bay Aquarium is a must-see if you’re travelling with the family. The aquarium has thousands of animals and plants from the deep, with a particular focus on displaying and protecting the species found in the local bay. You can also get to the aquarium with ease on a free trolley transfer from downtown Monterey, Fisherman's Wharf or Cannery Row.

For a real California road trip though you should actually start your drive in San Francisco, which is just a few hours north of Monterey.

You obviously can’t visit San Francisco without ticking off a few of the big-ticket tourist attractions. 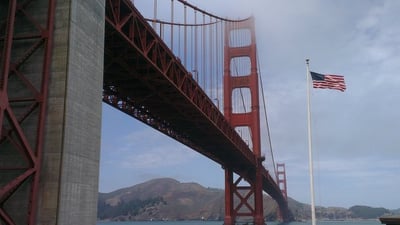 Start with the Golden Gate Bridge. Head north across the bridge by car, bike, or bus first to enjoy the view from Marin’s Vista Point, then hike or cycle the 1.7-miles back. Once you’re back on the south side splendour at the view up to the bridge from Fort Point.

“The Golden Gate Bridge ? and the old fort at the base of the tower is always worth a look!”
Andrew ‘Berzo’ Berzins, Tyre Technician, Pata Yamaha Official WorldSBK Team

Afterwards head to Golden Gate Park which houses a number of enclosed gardens, magnificent redwoods and interesting museums. Be sure to check out the botanical gardens and the Japanese tea garden.

Then it’s time to refuel. San Francisco is a peninsula packed full of trendy food joints, serving dishes created from locally grown produce. One great hub of food joints is the Ferry Building, one of the cities most famous landmarks. The Ferry Building is home to a fantastic farmers market, artisan food stalls, restaurants and bars – try some local craft beer with a burger or treat yourself to oysters and champagne. 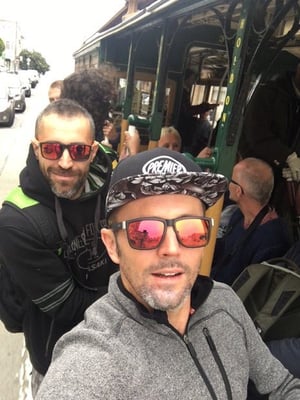 If you’re looking for an escape from the buzz of the city take a sobering tour of Alcatraz Island and its infamous federal penitentiary or relax in Dolores park with an ice cream and a fantastic vista of downtown.

Drive down the coast from San Francisco and Monterey and you can tick off some other fantastic cities before you reach Los Angeles.

Sit amongst Mediterranean style buildings in downtown Santa Barbara, as you dine on local food and wine, before taking a stroll along tree-lined State Street and window shop in the boutique stores.

Get your heart racing with some off-road action on the Guadalupe-Nipomo Dunes just west of Santa Maria. This state park is home to the second largest dune system in California and is home to some fantastic hiking trails and quad biking. Afterwards you can enjoy some Santa Maria-style barbecue and a walk in the beautiful Preisker Park.

In LA itself there's plenty of golden beaches to enjoy, along with the glitz and glam of Hollywood. Get the cliches out of the way first, like checking out the stars on Hollywood Boulevard or hiking up to the Hollywood sign. Then soak up some of the city's culture at the Broad contemporary-art gallery (featuring works from greats including Koons and Warhol) and Walt Disney Concert Hall (it's worth popping along for photos of the mesmorising architecture alone).

For more delicious food, head to Grand Central Market. This trendy downtown enclosed market hosts everything from food stalls and florists, to game and movie nights. You'll find all kinds of street food too including: burgers, thai food, waffles, and hot dogs.

Taxis are metered, with a starting charge of around $3, plus $2 to $3 per mile. They charge extra for waiting and handling baggage, and drivers will expect a 10% to 15% tip. Ridesharing companies will be cheaper.

Take your travel money further on your trip with our tips on ways to pay in the US, how to get around and when to buy your US dollars.

Order or top-up your FairFX Dollar Card before you go. Relax knowing that what’s on your card is what you have to spend, making budgeting easier with no hidden surprises..

Monterey Monterey County should be at the top of everyone’s Californian experience especially if...
Read More